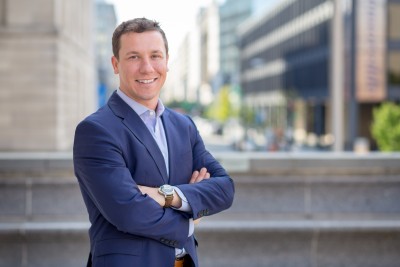 David focuses on serving retail brands and owners in the DC market, where he is consistently recognized as a leading expert and one of the most dominant players. His expertise includes new developments, respositioning and rebranding existing properties, and tenant rollouts. David has worked with 150 retailers, leased or sold 6M SF of retail property, and completed 700 leasing and sales transactions. He has been successful in revitalizing or bringing the catalytic retail tenant/project to several of DC’s most significant retail markets, including:

David’s reach, relationships, and deal history with many key owners, brokers and retailers span the country. He has executed expansion strategies and roll outs for some of the most prominent brands including REI, H&M, GAP, Old Navy, Regal, FRYE, and Carter’s, and he has represented an impressive list of developers, owners and institutions on their retail real estate including Tishman Speyer, Brookfield Properties, MetLife, Douglas Development, Grid Properties, TIAA CREF, and Tower Companies.

Prior to founding Dochter & Alexander Retail Advisors, David was an Executive Director with the Cushman & Wakefield Retail Services Group where he founded the firm’s retail services practice in 2006. At Cushman, he was consistently recognized as a top producer nationally, and he sat on the executive leadership committee responsible for implementing the strategic direction of the company.